Much more than you expect.
Menu

Welcome to Harvard. Much more than you expect.

Harvard® is one of the first registered dental trademarks worldwide. After the first Harvard product appeared in 1892, the founder of the famous brand, Robert Richter (D.D.S.), presented it to the German Imperial Patent Office.

Born in Berlin in 1856, Robert Richter went to the United States in 1878 to study dentistry at the University of Maryland School of Dentistry. After graduation, he moved to Philadelphia to run his own dental practice. The following year, he returned to Berlin and opened his own practice, where he soon earned a very good reputation as a dentist and practiced according to the latest scientific standards. Dr. Richter realized that a reliable product for fixings and fillings was urgently needed, and over the following years he developed a new type of cement based on the previous knowledge and products that were on the market.

After numerous trials, the formula for a new zinc phosphate cement was finally invented, which is now considered the first reliable cement in dentistry. At that time, almost everything from the United States of America enjoyed a high reputation. Dr. Richter, with a very fine sense of marketing, named his product “Harvard Cement” in 1892 and founded the “Harvard Dental Compagnie” in Berlin. The three letters “HDC” are still part of the Harvard logo today. Since 1892, a total of around 375 million applications have been made with Harvard cement worldwide. The Harvard product portfolio has expanded enormously since then and is produced in our own manufacturing facility in Germany. The product range includes a wide selection of high-quality dental materials and offers versatile application solutions for restorative dentistry, endodontics and prosthetics. 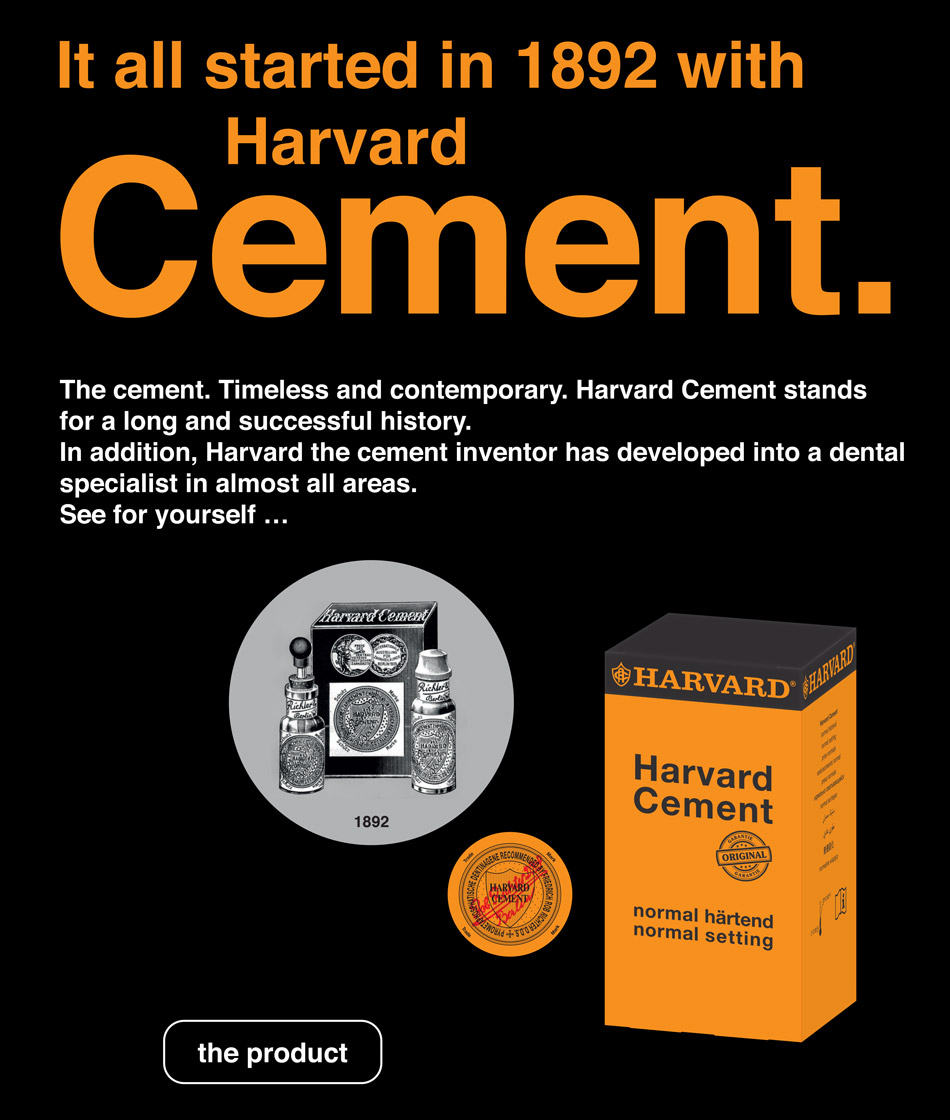